We’re going on a road trip, searching for The Truth. The driver controls the radio. That’s a statement, not a suggestion.

We’re going on a road trip, searching for The Truth. The driver controls the radio. That’s a statement, not a suggestion.

Is truth objective, or a fluid concept? Has anything actually happened? Or did it only happen the way we remembered it? What about the way this person remembers it, or that one? Which one is correct? Whose story is the truest?

As the year winds down and music’s self-appointed (and oh-so self-important) cognoscenti tell us which albums were the best of the year, that question becomes even more pointed. Especially when those lists or those award nominations boast the same names over and over and over again. Is it really art if we can all agree on it? Maybe.

And that, dear reader, is the truth.

Spirit in the Sky, Norman Greenbaum

With a greasy groove and a laid-back shuffle that gives way to the exultant lyric, this is, on its surface, anything but praise music. Or maybe it’s praise music for the rock and roll generation. Whatever it is, Norman Greenbaum’s one-hit classic rings true on a multitude of levels; what comes next? What lives here? Are we doing everything we can to protect our own souls, in whatever form that takes? Prepare yourself, you know it’s a must. You gotta have a friend in Jesus.

There are perhaps better road trip songs but there are no better road trip stories. Like Greenbaum’s, this is a hallmark of that rock and roll generation, one that promised salvation and a place in the sun. But watch out, man. What is is not always as it seems.

Time of the Season, The Zombies

We’re in it now. The gloaming. Maybe not of the day, or, more accurately, evening. But perhaps of place, our season, ourselves. When the gloaming is so big, so much bigger than a setting sun, then we start to contemplate the big questions in the ways we never have before. What am I? What is this place? What is truth? Can there be such a thing? It’s the time of the season.

Quiet contemplation is essential to any journey. Whether staring out the train window or the backseat of an all-too-packed cross-country sedan, on a walk or a ride, a flight even; those moments when it feels as though we can access the deepest recesses of our brains, of our souls. What did we put in there that’s been locked away? What are we trying to avoid? And why does it scare the absolute shit out of us?

And sometimes the music can shake us to our bones. Screams ringing down like thunder in some craggy valley, shouts of urgency, maybe fear. Scott’s music has the ability to do that, to make you wonder so much more about the music, sometimes even asking whether it’s even music at all. Is it? Why wouldn’t it be? Sounds like it to me. It sounds dangerous. And what fun is being safe? 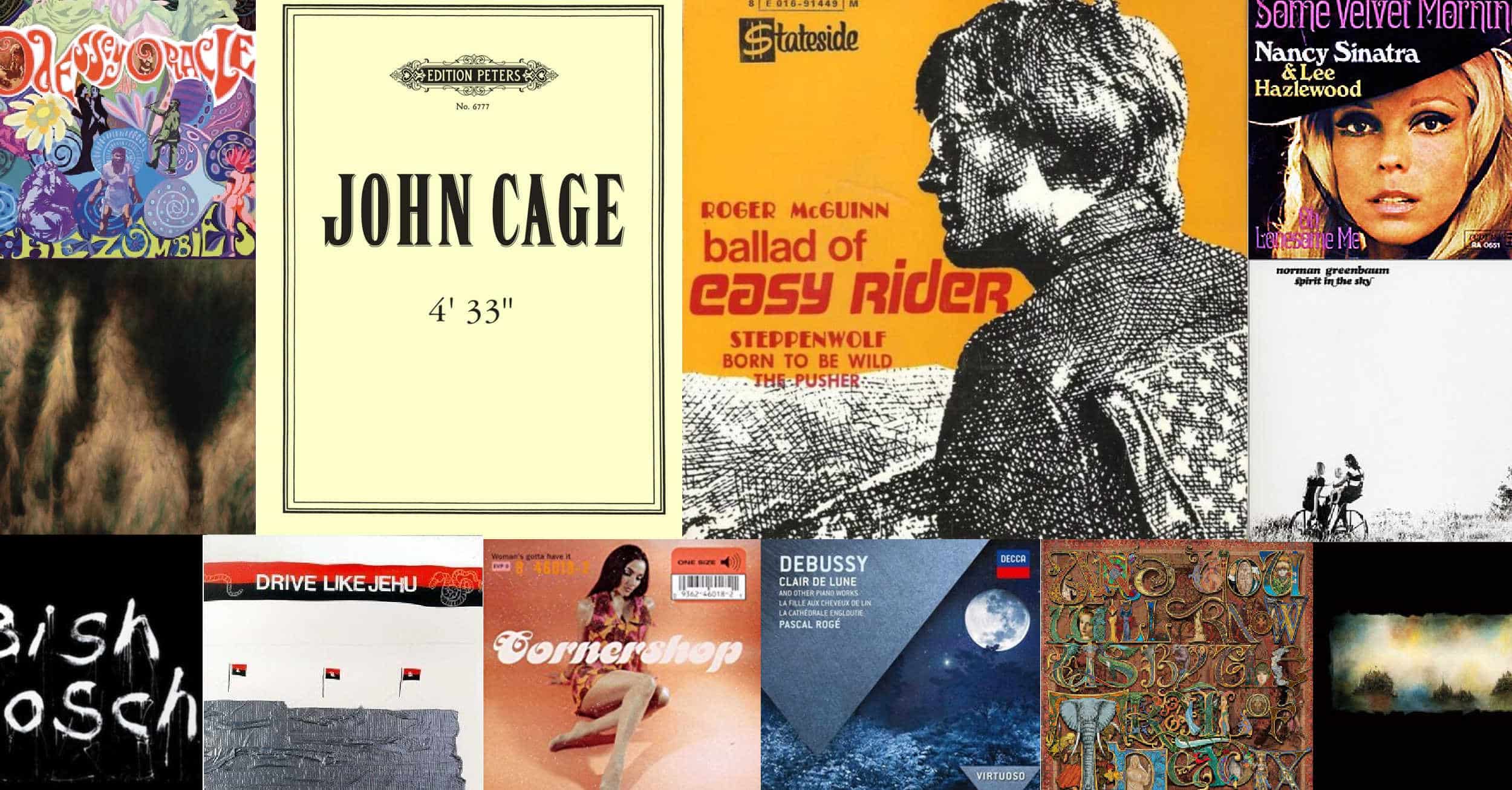 The river flows, it flows to the sea
Wherever that river goes that’s where I want to be
Flow river flow, let your waters wash down
Take me from this road to some other town

The Ballad of Easy Rider

The caustic violence of Jehu’s guitars kicks in the doors without so much as an invitation, taking over all of the space regardless of what was there before. Sounds kind of familiar. White faces in the west, maybe, in the New World that was anything but. “Discovering” a place that has long been inhabited. Jehu, thankfully, had a lot more awareness than that. Still, those guitars. They sound like invaders.

Listen close enough and you can hear all the stories. Not just yours or the ones you were told were the ones you needed to hear. But all of the stories. And you’ll zoom in and maybe hear one or another or a third.

But then something strange happens; you’ll start to zoom back out and you’ll hear them all at once. But you can still hear each of them as individuals, each as parts of the whole, each as strands of the fabric.

Clair De Lune, …And You Will Know Us by the Trail of Dead

We’re here, back to the mark of the colonials, the trail of dead. Yeah, we know you. We recognize your wake, though we may not recognize your future. You told us what you were here to do, to make us good, maybe, to convert. To make better. But what good are promises if nobody honors them?

There are billions of stars in the universe. And if you’re in some of the right places on Earth and you look up, it feels like you are looking at each and every one of them. I’ve never been to the mountains of the Yucatan, but I imagine it’s like that there, looking into the past, at particles of light that left their home millions and millions of years ago. Maybe some things do live forever.

For years, I thought this song sampled a Native American chant. And maybe it does. Information is sparse. But now, knowing what I know about the artists behind it, I’d have to presume it’s a song of India. Context. It matters. Truth can be truth in a multitude of ways.

Silence. Dirty, tired, and out of cash, we’re all ready to be home. Perhaps a return to our primordial start. But maybe, just maybe, it’s not that big. Maybe, this time, it’s just silence.

Searching for Zarahemla
Journalist Emily Fox Kaplan recounts an epic Mormon road trip across Mesoamerica. How many ways are there to tell a story? And how do we know what’s true?

Creating Visual Syncretism
Axel Rangel García incorporated layers of symbolism into his illustrations for this piece, and you can explore them one by one

Or browse the whole issue.